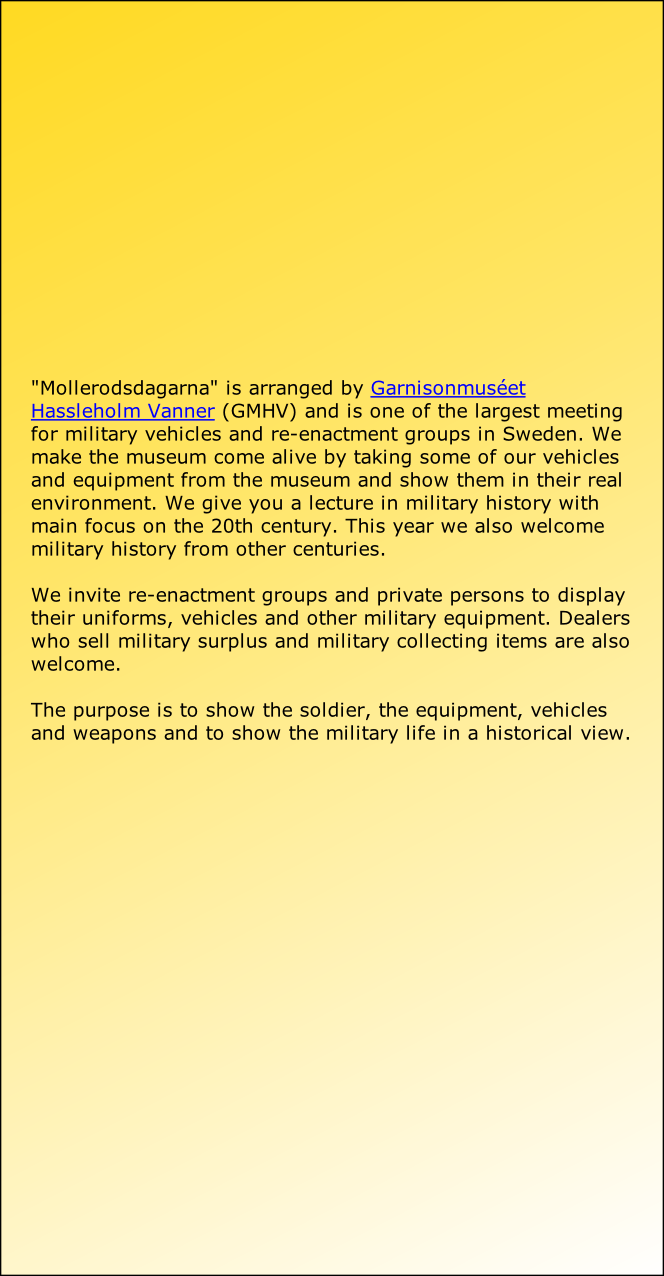 The purpose of "Mollerodsdagarna" is not to

We condemn the crimes and  outrages against humanity which criminal regimes like the Nazis, the Soviet Union etc. are guilty of in the past.The arranger of this event resist all forms of racism, anti Semitism, violence against fellow-beings, non democratic views and discriminative actions.

With respect to those people who are victims to war crime and totalitarian regimes no one who do not accept the above view will be allowed to take part in the event 'Mollerodsdagarna'.